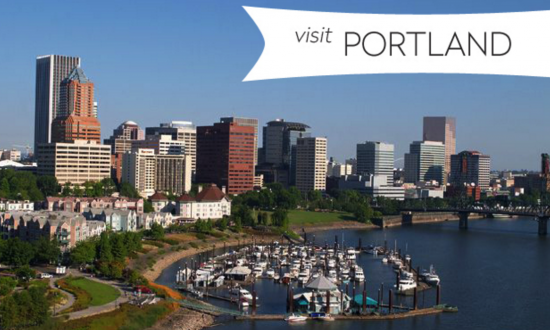 A Guide for Getting Around Portland

Part of Portland, Oregon’s charm is that it offers lots of big city amenities, opportunities for cultural enrichment, and excitement in a relatively contained and smaller scale urban area. Getting around Portland isn’t as hard as getting around Los Angeles or Chicago, partially because of its smaller size but partially due as well to the local government’s large investment in public transportation and commitment to progressive land-use planning. Here’s a look at some of the best ways to get around Portland, Oregon.

TriMet operates most of the bus lines in Portland, as well as the MAX light rail system. Portland’s many neighborhoods are linked by 80 bus lines, which is far too many to explore in deep detail here. Just know that wherever you are headed in Portland, there is probably a bus running to take you nearby.

Most bus lines run between 5 a.m. and 2 a.m. though there are some “night owl” light rail services to help people get around after nightlife. As of 2006, all of Portland’s buses run on an eco-conscious biodiesel blend, making taking the bus in Portland a great green choice.

In addition to the more sprawling light rail system operated by TriMet, Portland has two downtown specific streetcar lines to help make the city core more accessible. These streetcars won’t look like the kind you find in San Francisco, but have a special history of their own. This streetcar system was the first modern one built and designed since World War II in America, and has become a symbol of Portland’s commitment to public transportation.

Lots of rain means that some walkers might be scared away from tackling Portland by foot, but for those brave enough to venture outdoors year round, walking Oregon’s largest city provides a great way to see the sites and take in the city’s culture.

Walk Score, an organization that gives cities a grade for their walkability, has the entire city of Portland rated as “somewhat walkable” with just 63 out of 100 points. But many neighborhoods within Portland have close to a perfect score, and most people will be able to run at least their local errand entirely on foot. Plus, Travel + Leisure has rated Portland as “America’s Favorite City” for Public Transportation/Pedestrian-Friendliness, so if you are willing to hop a bus to assist your walks, you can make your own two feet your primary means of transportation in Portland easily.

Portland is consistently ranked among the top cities for bikeability in the U.S., and for good reason. There is adequate infrastructure to make it safe and easy for even novice bikers to get around the whole city, and there is a large cycling culture that makes it safe and convenient to bike to work, school, or just to run errands.

The biggest consideration bicycles will have to keep in mind when getting around Portland is the long, wet winters. But if you are really in love with the bicycling life, throwing on some rain gear and putting rain fenders on your ride makes year round bicycle commuting a possibility. Plus, many of Portland’s buses and rail lines are equipped to transport bikes as well, so you can hop aboard a bus if the rain starts coming down too hard.

With so many biking, walking, and public transportation options available to help you get around Portland, driving can feel like a waste at times. Parking rates are notoriously high, especially near the city center, and owning a car can be a big expense. Ride sharing programs like Car2Go, Zipcar, and Getaround are all popular and growing in Portland, making it easy to just use a car when you need one, which is a great option for many Portland residents.

Plan Your Travel in Portland

With all of these great options for getting around Portland, all you need to do to get anywhere in the city easily is plan ahead. And the TriMet Transit Tracker can make your planning a lot easier, by giving you up to date, to the minute arrival information for public transportation throughout Portland. Spend some time planning out your travel times in the Rose City, and you will be surprised to find just how easy it is to get around.

One City, Many Neighborhoods

When thinking about getting around Portland, it’s important to remember just how many diverse opportunities the city has to offer. Portland has a huge number of distinct neighborhoods, each with its own charm, and hopping between them is probably the biggest challenge you will face in navigating the city. Get mixed-mode with your transportation, and combine any of the options above for getting around, and Portland is yours to conquer.